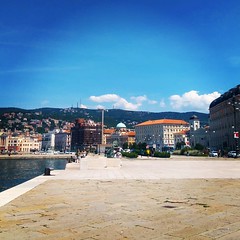 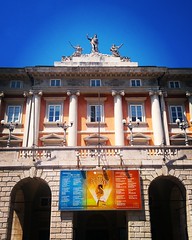 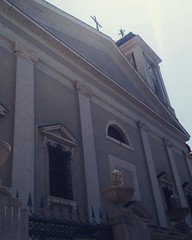 anyone lived in a pretty how town
(with up so floating many bells down)
spring summer autumn winter
he sang his didn’t he danced his did.

all by all and deep by deep
and more by more they dream their sleep
noone and anyone earth by april
wish by spirit and if by yes.

Bought at the drug store, very cheap; and later pawned.
After a while, heard on the street; seen in the park.
Familiar, but not quite recognized.
Followed and taken home and slept with.
Traded or sold. Or lost.

Bought again at the corner drug store,
At the green light, at the patient’s demand, at nine o’clock.
Re-read and memorized and re-wound.
Found unsuitable.
Smashed, put together, and pawned.

Heard on the street, seen in a dream, heard in the park, seen
by the light of day;
Carefully observed one night by a secret agent of the Greek
Hydraulic Mining Commission, in plain clothes, off
duty.
The agent, in broken English, took copious notes. Which he
lost.
Strange, and yet not extraordinary.
Sad, but true.

Bought at the drug store down the street
Where the wind blows and the motors go by and it is always
night, or day;
Bought to use as a last resort,
Bought to impress the statuary in the park.
Bought at a cut rate, at the green light, at nine o’clock.
Borrowed or bought. To look well. To ennoble. To prevent
disease. To entertain. To have.
Broken or sold. Or given away. Or used and forgotten. Or
lost.

Over and over they used to ask me

While buying the wine or the beer,

In Peoria first, and later in Chicago,

How I happened to lead the life,

And what was the start of it.

Well, I told them a silk dress,

And a promise of marriage from a rich man—

(It was Lucius Atherton).

But that was not really it at all.

Suppose a boy steals an apple

From the tray at the grocery store,

And they all begin to call him a thief,

The editor, minister, judge, and all the people—

Without stealing it, why the boy will steal.

That makes the boy what he is.

Whose woods these are I think I know.
His house is in the village though;
He will not see me stopping here
To watch his woods fill up with snow.

My little horse must think it queer
To stop without a farmhouse near
Between the woods and frozen lake
The darkest evening of the year.

He gives his harness bells a shake
To ask if there is some mistake.
The only other sound’s the sweep
Of easy wind and downy flake.